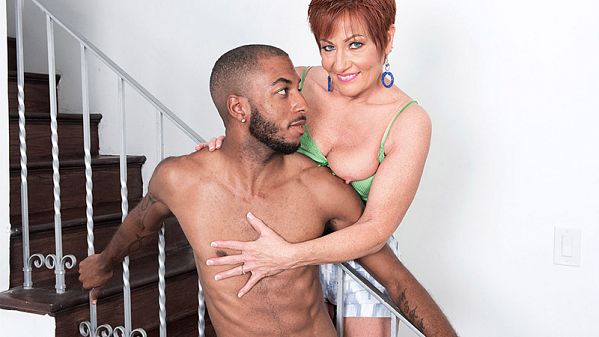 “I had had a couple of threesomes, and the guy I had the threesomes with moved away,” said 56-year-old wife, mother and grandmother Ruby O'Connor from Arizona. “So he said, ‘You need to join a swingers website,' and me and my husband did, and it was funny because the very first night we joined the website was a meet-and-greet and hotel takeover, so that was my introduction to the swinger lifestyle, and what was funny about that was I found out what a Sybian is.

Today, Ruby's adventure is sucking and fucking her first big, black cock. The guy with the BBC is 22 years old, so there's the older woman/young man factor, too. It all adds up to a great scene that climaxes when John shoots his load on Ruby's pussy, which has a little bit of hair. It's not a full bush. It's not fully shaved. It's nicely trimmed, and John really creams it.

Good for him. Better for Ruby! 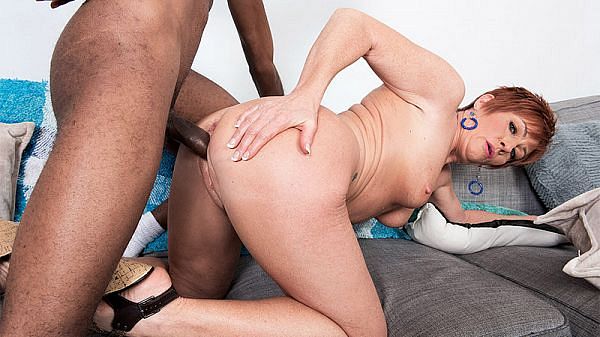