Kiki Rainbow Gets Screwed By Her Attorney 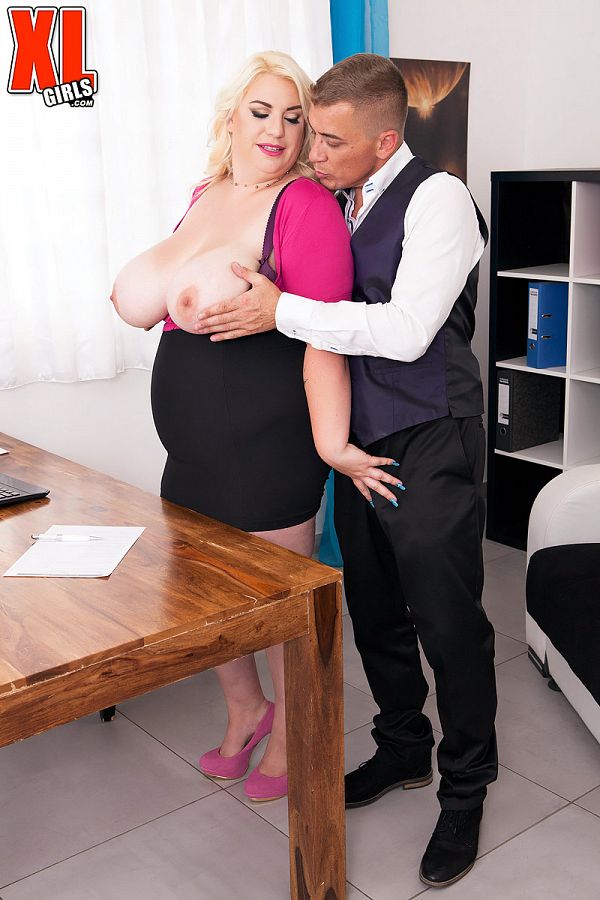 Bountifully blessed in the breast and booty departments, Kiki Rainbow arrives at a lawyer's office to get a legal document signed. She needs it fast.

The lawyer, Steve of Fuckem, Bangem and Screwem, wants to study Kiki's briefs before he commits to laying his signature down. That won't work for Kiki. She leans forward so he can get a better view of her awesome assets in the hopes that will persuade him to help her out.

Steve weighs his options and decides to weigh Kiki's breasts with his hands. He buries his face in her cleavage and, once he's tasted the rainbow, he has her sit on his couch and pulls out his cock to give Kiki's big, fat knockers a dicking-down. From there, he advances to her throat, pumping her mouth balls-deep and then he's back to fucking her tits again.

At that point, Steve's assistant strolls in, and when he sees what's going on, he automatically invites himself to their private party by pulling out his cock. Steve opens his eyes while he's tit-fucking Kiki to see the saucy blonde jacking Dom's junk. He gets angry for a second, then laughs and tells them to carry on. Before long, he and Dom are both fucking Kiki, taking turns smashing her wet pussy and getting blow jobs. Only an attorney gets paid for fucking his client. 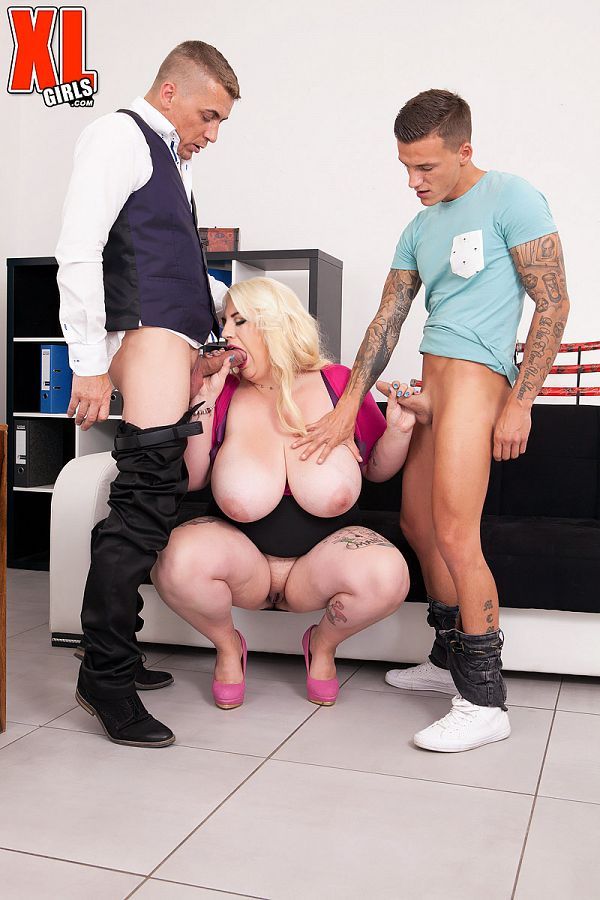 Register your 100% Free OnlyCamz account today and enjoy the hottest girls and couples live on cam! No Credit Card required! No restrictions or limitations! Unlimited access to all chatrooms!