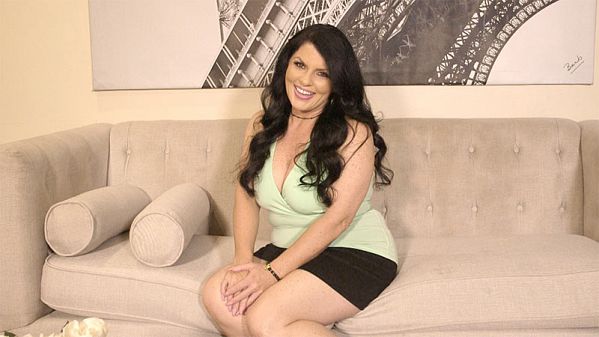 “My partner and I picked up a girl, and we were drinking wine and I just happened to fuck her with the wine bottle,” said 48-year-old divorcee and mom Ivy Ices. “She really got off on that. I like to be kinky.”

“I've been practicing celibacy,” she said. “I like to select my men. I'm very selective.”

Actually, when she breaks her celibacy spell in the upcoming photos and video, we'll have selected the man for her. But Ivy approved, as you'll see.

This video kicks off with an interview. Then Ivy gets off.

Ivy lives in Arizona. She's into guns, archery and fitness. She's practicing to get her pilot's license. And as for the kinky side of her, she fucked one of her male friends with a strap-on.

“We hooked up one night and it happened. He enjoyed it. He came while I was fucking him.”

Register your 100% Free NudeChat4Free account today and enjoy the hottest girls and couples live on cam! No Credit Card required! No restrictions or limitations! Unlimited access to all chatrooms!