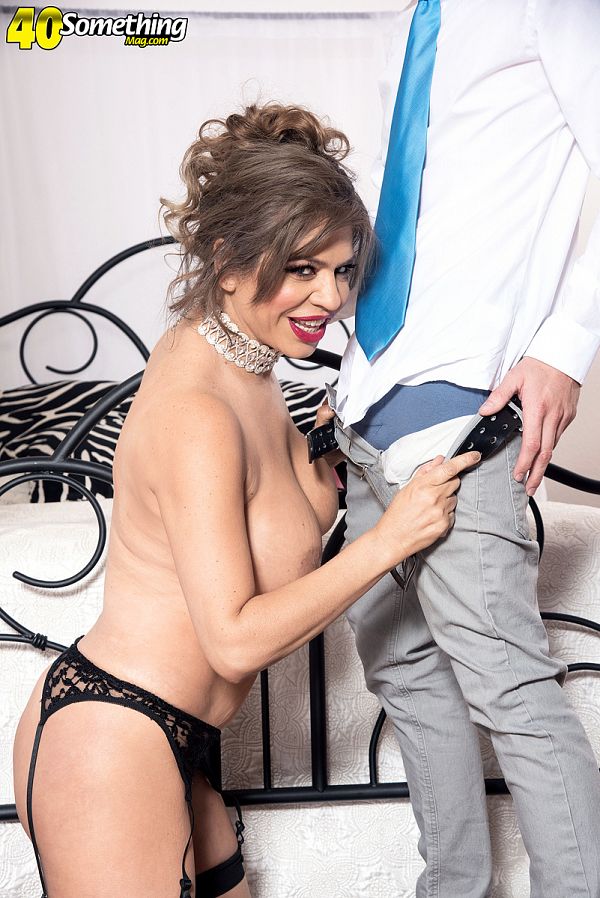 Now that we've gotten to know 47-year-old divorcee and mom Andrea Grey–now that she's given us the grand tour of her sexy, curvy body and told us a little bit about herself in a very enjoyable interview–we get to see this Latina newbie fuck on-camera for the first time.

Her partner: Rion. He's only 26, young enough to be her son.

The scenario: Andrea, wearing sexy bra and panties, stockings, a garter belt and fuck-me shoes, easily lures Rion into her house for some suck-and-fuck action. She's known Rion for a long time and is amazed by how much he's grown (and how much he grows when Andrea gets his cock out of his pants).

Andrea is from Cali, Colombia. She's 5'6″ and weighs 128 pounds with DD-cup tits. She's proud of her big rack. She loves to show it off. She enjoys playing tennis. She told us in her interview that she doesn't care what a man looks like.

“I don't like handsome guys,” she said. “A man has to have a conversation, and that's what turns me on. I like kissing. When I meet a man, I like to go for dinner and dancing, and after that, I'm in charge of the dessert. I love to suck dick. I'm amazing at that.”

After this scene was shot, and after he had blown his load all over Andrea's pretty face, Rion told us that Andrea's oral skills are, indeed, amazing. Not that we ever doubted that for a second. 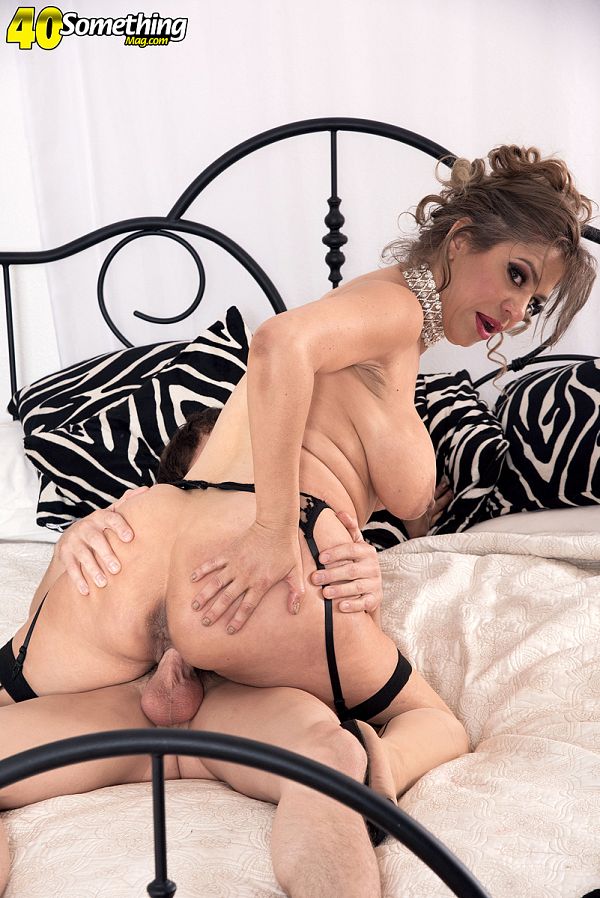